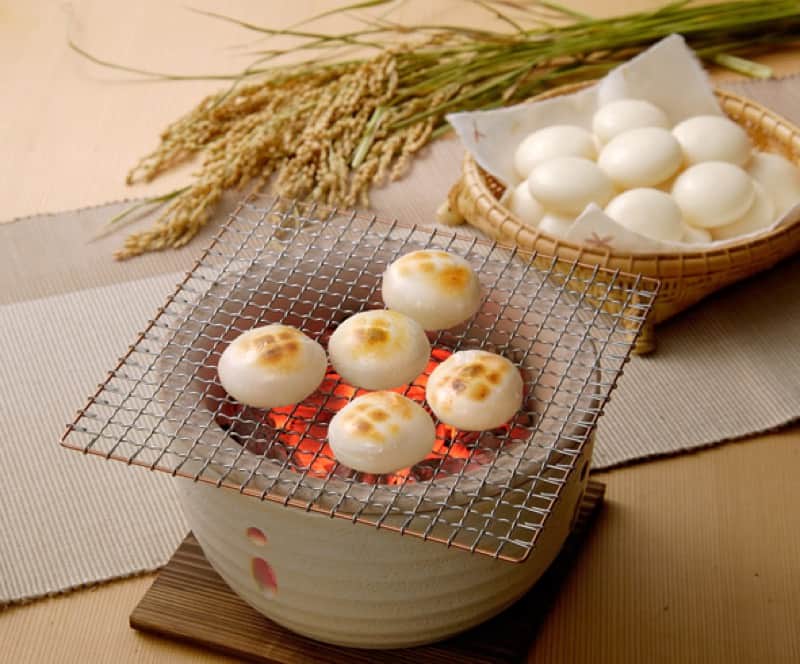 Mochi is a Japanese rice cake made of short grain rice called mochigome. The mochigome is pounded into paste and molded into a desired shape. Mochi is a traditional food normally for the Japanese new year which is sold and eaten during that time.