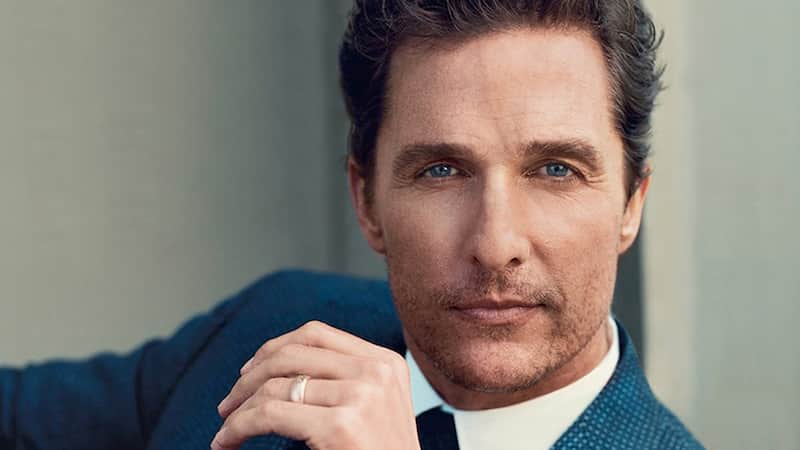 Matthew David McConaughey was born November 4, 1969. He is an American actor. He first gained notice for his breakout role in the coming-of-age comedy Dazed and Confused (1993). In the 2000s, Matthew McConaughey became best known for starring in romantic comedies, including The Wedding Planner (2001). McConaughey achieved much success in 2013 for portraying a cowboy diagnosed with AIDS in the biographical film Dallas Buyers Club, which earned him the Academy Award, Golden Globe Award, and Screen Actors Guild Award for Best Actor, among other awards and nominations.