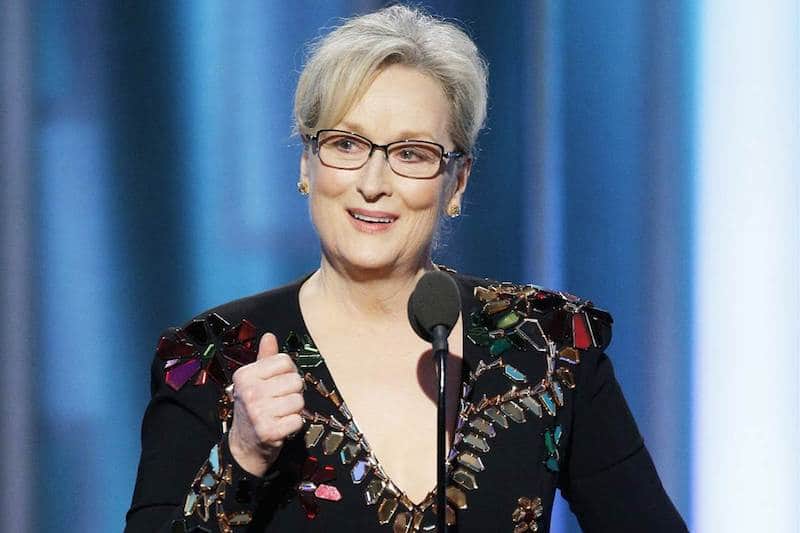 Mary Louise "Meryl" Streep was born June 22, 1949. She is an American actress of stage and screen, and philanthropist. SHe is knownby media as the "best actress of her generation". Streep is particularly known for her versatility in her roles, transformation into the characters she plays, and her accent adaptation. She made her professional stage debut in The Playboy of Seville in 1971, and in 1976 received a Tony Award nomination for Best Featured Actress in a Play for A Memory of Two Mondays/27 Wagons Full of Cotton. She made her screen debut in the 1977 television film The Deadliest Season, and made her film debut later that same year in Julia. In 1978, she won an Emmy Award for her role in the miniseries Holocaust, and received her first Academy Award nomination for The Deer Hunter. Nominated for 20 Academy Awards in total, Streep has more nominations than any other actor or actress; she won Best Supporting Actress for Kramer vs. Kramer (1979), and Best Actress for Sophie's Choice (1982) and The Iron Lady (2011).